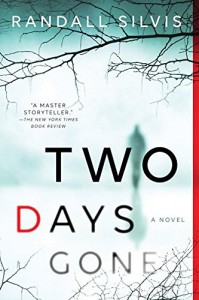 I received this book via NetGalley to give an honest review.

I really enjoyed the thinking of DeMarco and how he didn't give up fully getting his answers on his case. He knows the suspect Huston but he just can not believe he would do something like that tragic. So DeMarco works the case and tries to find Huston. Where would he go? Where would he see? What is this story that Huston was working on? Does it have anything to do with anything?

Huston is a writer and a professor who has tragedy hit him like no other. Though it has made him become hunted by the police. We go back and forth between different point of views Huston's and DeMarco's.

With Huston's p.o.v. we see how he handles the trauma and what he does to stay alive and remember that night. He is determined to get answers. When we got towards the end and Huston started revealing what happened that night my heart broke.

DeMarco he is a no nonsense character who is dealing with his own demons. He constantly has his heartbroken by his wife and we see this through out the story. Even though she is breaking her own heart in what she does. I was glad to see DeMarco finally take a stand. Though you can tell it hurt him to do that. Through out it all he doesn't let it deter him from this important case. Even when he looks like crap and needs sleep. Jack, coffee and no food slowly take their tow.

I really loved how there was humor between DeMarco and his boss. Not sure the friendship of the two but his boss doesn't get offended by DeMarco and his mouth when joking so that was nice.

Overall it was a good mystery to finding a killer. It was nice trying to pin point who was behind it all and how DeMarco truly cared for his friend.

Now there was one scene that I think needs to be reworded a bit on the author's part and it when he is describing what he would like to do with his wife Claire. This sentenced through me off a bit. "He wanted his dick in her mouth, wanted to taste he pussy and to feel her body rocking against him wave after wave." Umm wait what? Why not just say he would want to make love to his wife and feel her body rocking against him. The whole dick in mouth and tasting nookie though me off for a second when reading.

The plot was good, the characters memorable. I really liked the references to Poe that was done by Huston through out the story. With the story that Huston was putting together I thought it was neat how his character he was building was based on other author's characters but he was adding his own touch.

I think I would read more by this author again. Especially if DeMarco is going to be in future stories.